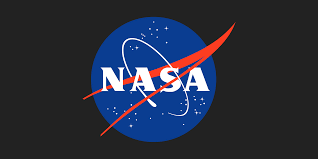 NASA New UAP Study. Harvard astrophysicist Avi Loeb’s exclusion on the grounds of a fictitious “conflict of interest” is ridiculous. Besides NASA is furthermore deliberately excluding an expert because of his expertise.

Equally important they are cramming this nine-month “research” within the convenient confines of a nine-month academic school year that begins in the fall raises additional red flags.

What’s more there is no evidence that NASA will get access to the confidential UAP Task Force data on the 144 UAP cases (now 400), and more than half of which involved multiple sensors, eliminating IFOs and sensor failures.

In addition what does NASA Administrator Bill Nelson think about all this political scheming going on within his organization NASA, I wonder?. Why doesn’t Nelson get a question from the media?. Besides Nelson has stated a strong preference for a scientific investigation of the UAP.

Finally besides, the most recent NASA activities don’t seem to be based on science but rather on politics.

James Webb Telescope New Out Of This World Images