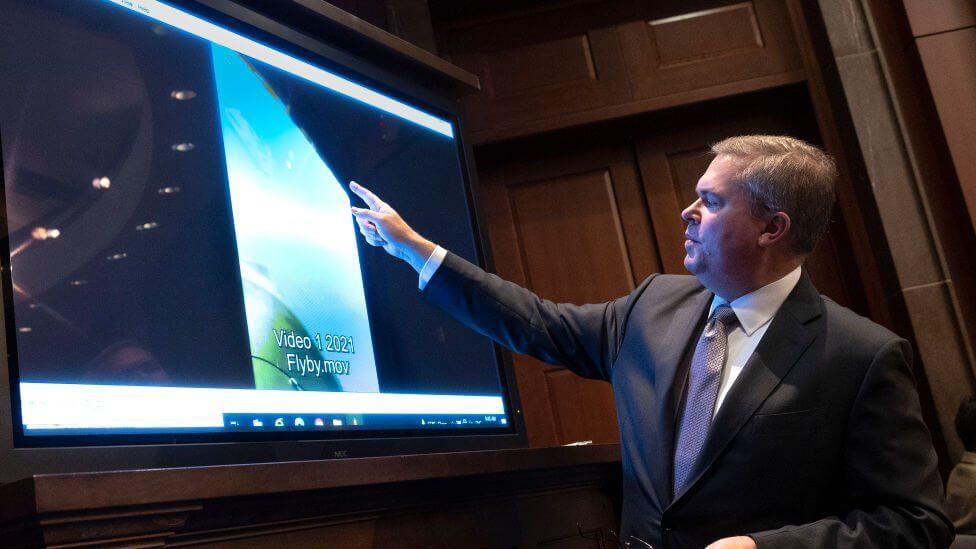 UFO News: “Members of the U.S. House of Representatives Committee on Armed Services, Rep. Mike Gallagher (R-WI) and Intelligence. Special Operations Subcommittee Chairman Ruben Gallego (D-AZ). Both have submitted a groundbreaking nine-page UAP-related amendment. Hoping for possible addition to the House version of the FY 2023 National Defense Authorization Act (NDAA), H.R. 7900. It is amendment no. 908, submitted to the Rules Committee on July 5, 2022″.

“Among other things, the proposal would require establishment of a “secure system” under which the central Pentagon UAP office was revamped by Congress in December 2021. The secure system may receive information about possible previously unreported UAP-related programs or data held anywhere within the government. Information that would then be transmitted to key lawmakers. The proposal would provide legal protections for current or past military and intelligence agency employees, government contractors, et al, who come forward to provide UAP-related information through this “secure system.”

“As I read the proposal, it does not include any new legal obligations for individuals in possession of such information to report it into the system (although such requirements may already exist, in some circumstances, under current laws); rather, the proposal appears to provide broad protections against legal consequences or agency reprisals for individuals who decide to report pertinent UAP-related information into the new” “secure system.”

“The proposal does not contain any requirement that UAP-related information reported into the new “secure system” would necessarily be made public. “A summary of the reports received” would be included in already-required annual UAP reports to Congress, but the DoD/IC would determine if any details would be unclassified”

“In short, the Gallagher-Gallego proposal still has many legislative hurdles ahead of it, but its bipartisan sponsorship is a very positive factor”.

“The Senate Select Committee on Intelligence on June 23, 2022 approved its version of an Intelligence Authorization Act for Fiscal Year 2023. The bill text has not yet been made public, but a press release issued by SSCI Chairman Sen. Mark Warner (D-VA) and ranking Republican Marco Rubio (R-FL) said that it contains a provision” “enhancing oversight of IC [Intelligence Community] and Department of Defense collection and reporting on Unidentified Aerospace-Undersea Phenomena.”

“In many years, the NDAA and the Intelligence Authorization Act are merged at a later stage in the legislative process. However, this does not occur every year, and it did not occur with respect to the FY 2022 NDAA and IAA, which were enacted separately, each with distinct (but non-conflicting) UAP-related provisions”.