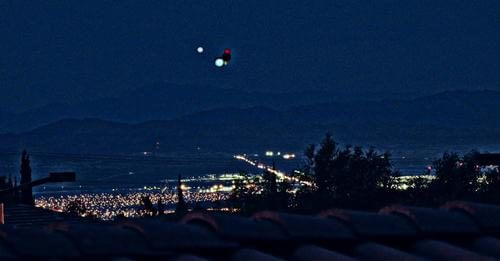 UFO News: Steve Barone shot this video from his yard in the Summerlin area of Las Vegas, Nevada. It was taken on the evening of July seventh, 2022. Using his LN-G3-B50 Generation-3 Digital Technology Day/Night Vision Electro-Optics Binocular.

There are a few noteworthy things about this video. To begin with, the craft had no traditional aircraft required lighting arrangement. Furthermore it never showed up on FlightRadar 24, despite the fact that it flew over the city.

And third, it shouldn’t have flown over the city with no transponder assuming that it was military. All things being equal, it flew back & forth while making a speedy turn. At last, towards the finish of the video, it turned into a solitary white light and vanished behind trees in my view, so I was unable to see it. Then, a moment or so later, once more, it was overhead, went directly up until I could never again keep the camera on it. Shape Shifting Craft Captured Over Las Vegas